How do hackathons help O2 to anticipate the needs of its customers using artificial intelligence?

O2, the giant of telecommunications industry, organized The Big Hack Forward hackathon to check how artificial intelligence (AI) could more effectively help customers of companies from different sectors of the market. The hackathon was held in cooperation with the Forward Media group, owned by Havas Media Group, which is an agency taking care of Telefónica brand (which in turn owns O2).

The event took place on 26–27 May in Brighton, during the Media 360 conference for the most recognized publishers, innovative people from the technology industry, agencies and advertisers. The hackathon was mobile and it was held on the bus which took participants from London to Brighton.

Forward Media has developed an agreement with IBM, thanks to which participants could benefit from the Watson Bluemix technology that uses elements of natural language and programming to quickly process large amounts of data. In practice, it means that this technology allows companies to create, for example, automated answers to the most pressing questions and problems of their clients (Watson understands even very complex questions), quickly and efficiently extract the most important information from any kind of documents and track patterns and relationships by analyzing a lot of diverse data. The system is currently used, among others, in business, health care and education (you will find more about Watson here).

What has been achieved?

The main task undertaken by the teams of programmers was to find ways to use artificial intelligence to develop and strengthen the loyalty programs of O2 (such as the Priority – a program available in the form of a mobile application) that offer customers additional benefits, such as concert tickets, Monday dinners for the price of one pound or faster access to their favorite TV series and TV programmes.

According to the organizer’s specifications for the task, the participants did not have to select a specific path – it was more about predicting customers’ interest and behavior so that they could be served in a more efficient manner. One of the ideas was an app that uses artificial intelligence to analyze publicly available data from social media channels or meteorological data to better adjust the company’s offer to the needs of customers. Currently, specialists and scientists at O2 analyze massive amounts of data in order to prepare future offers. Dan Michelson, who manages O2 innovation, believes that the effective analysis of all this data may lead to a conclusions like, for example, that it would be a better idea to organize a smaller event in Manchester than to offer customers free tickets to the concerts of stars such as Beyonce.

The codefest was supposed to check how artificial intelligence can help marketing specialists. It does not necessarily mean that the entire company's loyalty program has to be restructured. O2 wanted to get new ideas for specific products and it also counted on specialists (analysts, developers) opening to the opportunities offered by artificial intelligence in the study of customer engagement. Izabela Błażowska, from the ChallengeRocket.com portal, predicts that in companies such as O2, this type of new solutions will be used in more and more areas of their activity.

O2 is the first telecommunications company that has so openly and willingly engaged in artificial intelligence, claiming at the same time that this is the path that every organization which cares for the involvement of customers should follow sooner or later.

The Big Forward Hack is not the first hack day organized by O2. In 2012, together with Isobar Create London, the company organized a programming marathon during which participants worked on NFC (Near Field Communication) technology which is a radio communication standard allowing for wireless exchange of data at a distance of no more than 20 cm (currently, used mainly in mobile phones and enabling, among others, smooth pairing of external devices such as wireless headphones, payments through credit card details encoded in a phone or transferring files). One of the differences between NFC and Bluetooth is that NFC does not require a special search for two devices and remembering passwords – all it takes is just putting one device against another.

Schedule a 15 min demo to learn how we can help you to: 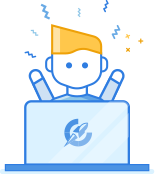