Becoming a Java developer today is a surefire way to guarantee a stable salary and career. It’s no secret that programming skills are highly in demand, but how do you increase them to gain an edge on the competition? If you want to be a great Java developer, it’s not enough to just know how to write code.

Java is one of the most popular programming languages around as of 2019. As a language that’s used to develop some of your favorite companies like Google and Amazon, it’s no wonder it’s so popular. In fact, the number of Java developers is estimated to be around 7.6 million in 2019. Where do you fit into this number? If you want to become a highly skilled Java developer, you have to start somewhere. From coding challenges to the best frameworks, read through this guide to learn what sets the highly skilled Java programmers apart.

Understand Why Java Is So Popular

First, you need to understand why Java is so commonly used today by the top developers. Currently, Java code has great performance capabilities as it’s compiled into bytecode and then compiled by the Java compiler. Other than that, it is fed to the Java Virtual Machine (JVM) before it’s converted to machine level code.nIn addition to its great performance comes the multithreading ability built right into the Java language. This helps build highly interactive and responsive apps with a large number of threads of activity. 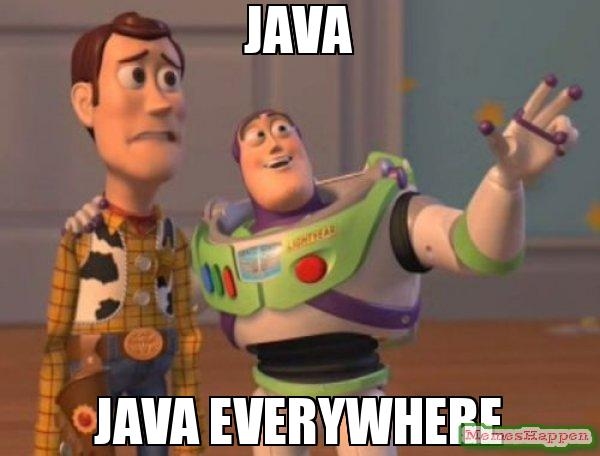 Java has been top-ranking in terms of programming languages for a while now. It’s the go-to option for Google’s Android operating system, and many of your favorite applications and programs already use Java. All of these things show you why so many enterprises choose Java as their programming language.

Start By Focusing On Java 8

It comes as no surprise that if you want to be a highly skilled Java programmer, you need to take initiative when it comes to learning the most widely used programming languages. In this case, you should focus on Java 8. It’s easy to become overwhelmed by the sheer amount of information involved with Java, as well as the recent updates. That’s why it’s important to focus your efforts on a single version and grow from there. Java 8 is the not the latest update. In fact, Java 12 was recently released this year. However, Java SE 8 remains to be the preferred production standard in 2019. Compared to other Java releases, Java 8 has some differences such as:

There are just a few of the major aspects to focus on with Java 8. The sooner you master Java 8, the better you’ll be. From there, you can begin to look into Java 9, 10, 11, and 12, but realize these are less likely to be used as of right now.

In order to use the Java platform in a complex way, you need a framework. When it comes to the framework used most often, the Spring frameworks like Spring Boot or Spring Cloud are at the top of the list. Why is the Spring framework so popular? It’s the most lightweight with respect to both its size and its functionality. In addition, it uses Aspect-Oriented Programming to separate cross-cutting concerns within business logic. Finally, it’s built with contains to design and manage the lifecycle and configurations of applications.

The best Java programmers don’t just know Java, but they also know all of the Spring platform benefits and advantages. This helps them create local Java method and management operations quickly, and they just get more done faster. That’s a perk all Java programmers can live with.

Another thing that’s important in 2019 is logging. While not directly related to the development process, logging is how you keep your programs running smoothly even after you launch. When you log your program, you’re keeping track of it’s real-time status, including bugs, errors, and even cyber attacks. It should come as no surprise that security is a key concern for Java developers today. Simply put, you can’t be too careful. As a developer, it’s up to you to make sure your applications are secure. A logging platform is like having a trail of breadcrumbs to take you back to the error in just a few seconds.

Not only will you experience fewer problems, but you’ll solve the problems you do have faster. Papertrail is an example of a service that logs applications in real-time, making it easier to manage security and uptime. On their website you can learn more about logging as a service so you can build most secure applications.

Expand Your Knowledge Of Languages

That’s right, if you want to be skilled as a Java programmer, you should also explore some other coding languages. This is the same as learning real-life languages. If you want to increase your understanding of English, for example, learning Spanish or French will help you do just that while also increasing your ability to communicate with others.

The same is true for Java. You need to know how to speak to other infrastructures, programs, and developers. That’s why it’s beneficial for Java developers to learn JVM languages like Kotlin, Scala, and Groovy. This way, you’ll understand Java on a deeper level, and you’ll write much better code. This knowledge will help you with Java interview questions as well, so you’ll be prepared to get the job you want at any level.

Sometimes, you need to put the pedal to the medal to really rev up your skills, so to speak. Joining a Java coding challenge is a great way to put your skills to the test with a real-world problem. With these challenges, you’re presented with different Java problems and puzzles that help you not only become a better problem solver, but also learn the ins and outs of a programming language in a functional setting.

As an example, the #challengePZU is perfect for developers from Poland, keen on Java and SQL languages. And there’s a lot in it for you if you succeed! It is a kind of a Java programming test, that is an effective way to strengthen your skills, at the same time giving you the opportunity to win prizes and career possibilities at the biggest Polish insurance company PZU. The #challengePZU is open to join until September 30, 2019.

Either way, you’ll come out on the other side with more skills and confidence. For more challenge opportunities, you can also check out our current live coding challenges section. There’s something to be said for a healthy competition!

It’s not possible to learn everything at once, so don’t overwhelm yourself. With this list above, start with one thing at a time and work your way up. The best place to start, like with anything, is the basics. Don’t be afraid to step outside your comfort zone! This will put you on the edge of progress, and from there you can only expand your skills.